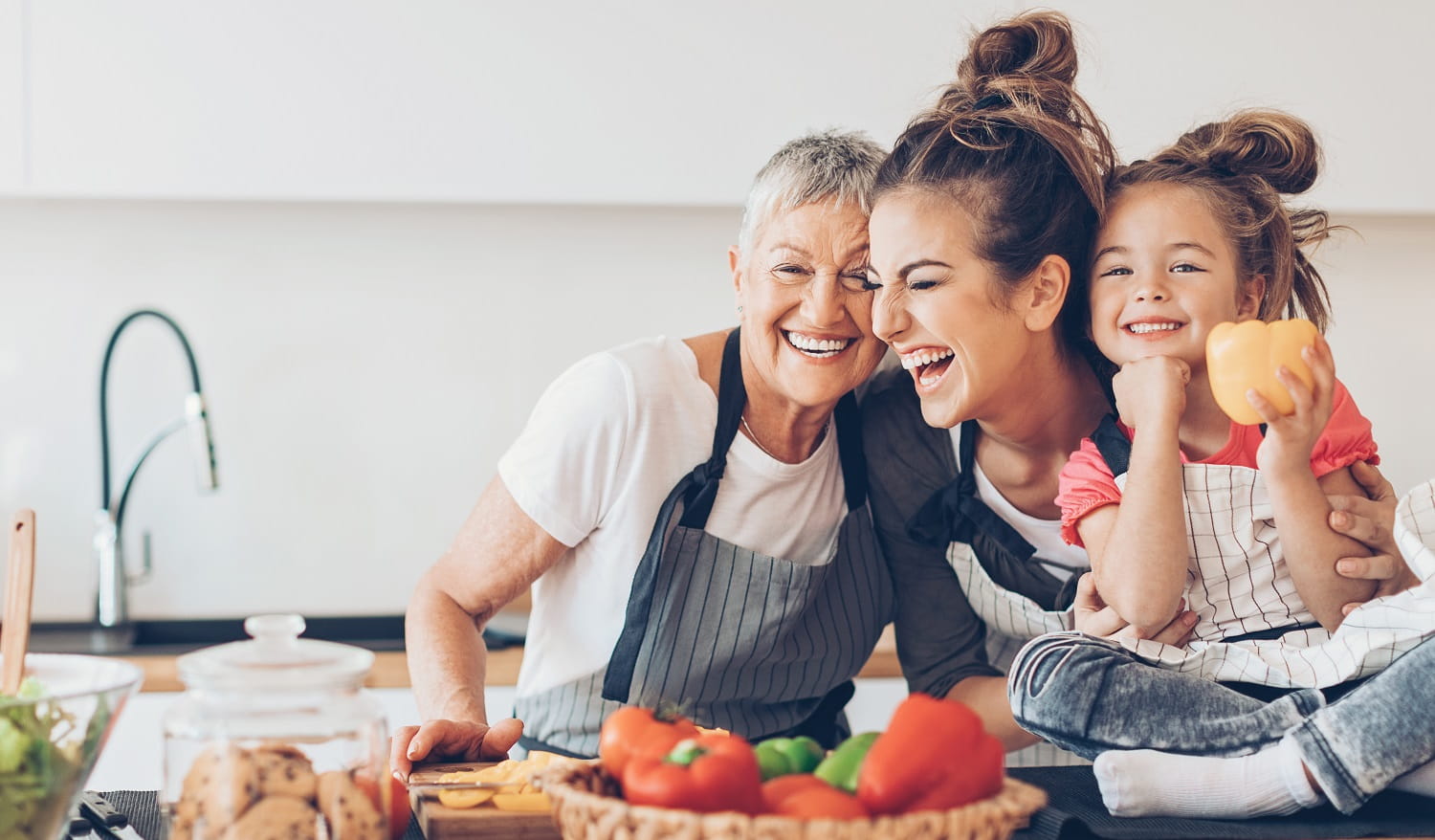 The COVID-19 pandemic has shifted the plans of many Americans, especially when it comes to financing and planning for retirement, according to the latest study from the Center for a Secure Retirement® and CNO Financial Group.

Survey results indicate that Boomers opened their homes and wallets to family during the pandemic, greatly impacting their own retirement plans. Of those boomers who had to financially support loved ones, many delayed their retirement, were not able to save as much, and/or delayed moving with over half expressing concern that they’ll never be able to retire.1

Interestingly, the pandemic has brought about a shift of priorities with more than half of the Boomers who previously placed financial stability for retirement as a top non-negotiable pre-pandemic, dropped to more than one-third not feeling the same way now. Not surprisingly, the study showed a new top priority was spending more time with family and grandchildren.

The pandemic has put four in ten (41%) middle-income Boomers into the position of financially supporting other family members, which has impacted their own retirement plans, including:

Prior to the pandemic, more than half (56%) of middle-income Boomers reported that their top non-negotiable for retirement was maintaining financial stability and independence. This has now dropped to approximately one-third (35%). Boomers' top retirement non-negotiables now include:

Recommendations for Boomers to Get Back on Track

Despite some of the positives that have come out of the pandemic like prioritizing relationships and spending more time with family, it’s important that Boomers do not lose sight of their retirement plans even if that means tweaking things a bit. Of those who were not-retired, 52% say they had to reevaluate their retirement plans because of the COVID-19 pandemic with more than twice as many women (55%) as men (23%) saying that having enough money to last throughout their retirement was a big concern.   Boomers can access a wealth of lifestyle, financial and health resources on the Center for a Secure Retirement site along with tools and resources to help navigate their path as they move out of pandemic life and get their financial plans back on track.

1 Of those who indicated they were not retired. 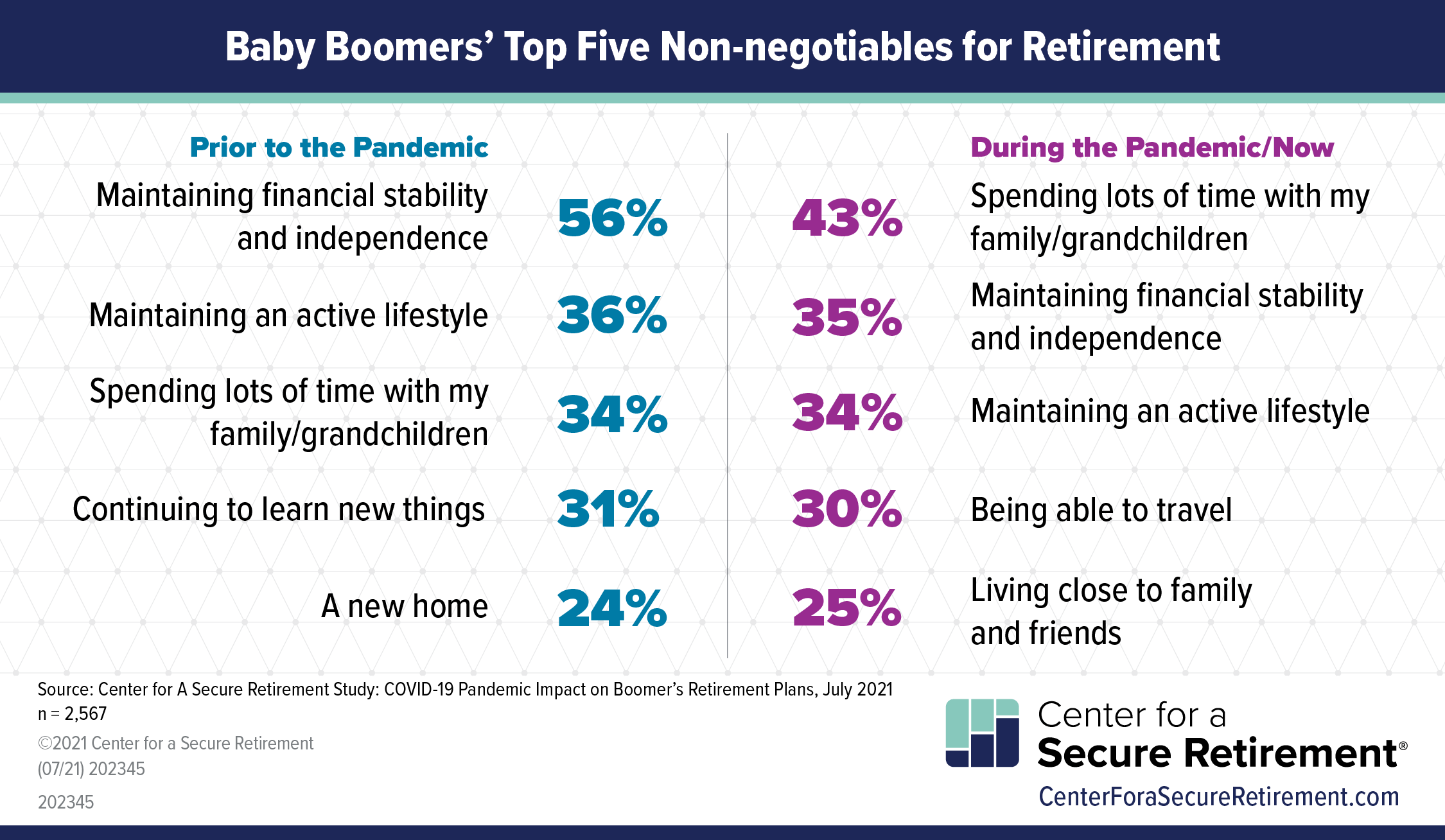 What Is Life Insurance, and How Can It Help You in Retirement?

What Is Personal Liability Insurance?

Medicare Wheelchair Coverage Options: What You Need to Know

EPO vs. PPO: What's the Difference?

How Do I Apply for Medicaid?